Hi We Are Maya Gallery

Maya Gallery is a leading and award-winning artist-run art gallery with a focus on heritage, culture, Singapore and Southeast Asian art. Pursuing an international programme of exhibitions, as well as artistic and corporate collaborations, the gallery aims to facilitate the exchange of cultural dialogues and discourse.

Located in the industrial hub of MacPherson, where factories for batik production thrived in the 1960s and 70s, Maya Gallery is a home-grown art gallery with a focus on heritage, culture, Singapore and Southeast Asian art. It actively promotes Singaporean artists, and liaises with curators, organisations and institutions to introduce international artists to Singapore, and Singapore artists  to the world.

Founded in historic Kampong Glam in 2012 by Masturah Sha’ari and Jeffrey Wandly, through a shared passion for the arts, Maya Gallery was officially opened by Ms Janice Koh, then Nominated Member of Parliament (NMP) for the Arts. The gallery has held close to 80 exhibitions by more than 100 artists from Singapore, Malaysia, Indonesia, New Zealand, India, Korea, Japan and the United States, and continues to support emerging artists. With its international programme of exhibitions and participation in art fairs, Maya Gallery has contributed strongly to Singapore's art scene.

Upholding a social responsibility, Maya Gallery engages the public in creating an awareness of, and appreciation for, art. The gallery offers workshops, learning journeys, art activities and corporate art retreats to promote team-building and bonding for corporate organisations, institutions and groups. It works with charities in their fund-raising efforts through the curation of art auction exhibitions. It has designed and published catalogues, produced music performances, and hosted book clubs and film screenings. It has also worked with community centres to bring art to the community.

Maya Gallery was awarded Top 10 Art Galleries in Singapore (tallypress.com, 2018), Recommended Art Gallery (Expat Living Reader Awards, 2015) and Best Asian Contemporary Art Gallery of the Year (National Critics Choice, 2014). It has been described as a gallery which has "won the hearts of art enthusiasts with its locally flavoured exhibitions" (mydestination.com, 2014).

Maya Gallery is a trademark™ managed by Maya Arthaus Ltd, an arts entity dedicated to the development and promotion of visual arts in Singapore.

Masturah Sha’ari holds an MA in Asian Art Histories from Goldsmiths, University of London through LASALLE College of the Arts, Singapore. She graduated with a bachelor's degree, majoring in Economics and Malay Studies, from the National University of Singapore, and a Design Communication diploma from LASALLE. She has worked at the Institute of Contemporary Arts Singapore (ICAS) and International Enterprise Singapore (now ESG).

An accomplished designer, she has designed numerous publications, including the award-winning "The Mango Tree" and "Leluhur: Singapore's Kampong Gelam", winner of the 2021 NUS History Prize. She is also a recipient of the Certificate of Commendation at the Conqueror Horseman Design & Print Awards (2000).

As an artist, her abstract expressions have been exhibited in Singapore and Malaysia. In 2021, she was appointed Chairperson of the Singapore Women Artists Exhibition, "Voices & Visions", organised by the Federation of Art Societies Singapore (FASS), held at the Singapore Chinese Cultural Centre. Currently the Vice-President of Angkatan Pelukis Aneka Daya or APAD (2022-24) and member of Women Artists Association, she strongly supports multiculturalism as well as the bridging of traditional and contemporary art practices.

Masturah dedicates her work in the arts to her late father, Hj Sha’ari Tadin. He was a former Senior Parliamentary Secretary to the Minister for Culture, a Colombo Plan Scholar and the first Singaporean Malay graduate Member of Parliament. In "We Also Served: Reflections of Singapore’s former PAP MPs", edited by Rohan Khamis and Chiang Hai Ding, published by Straits Times Press (2014), a compilation of stories and autobiographies by former PAP MPs, she wrote a biography of his contribution to Singapore as an educator, politician and community leader.

Jeffrey Wandly holds a Masters in Project Management from Queensland University of Technology. He graduated with a Bachelor of Architecture (Honours) from the National University of Singapore. He is a recipient of the Architecture Angullia Scholarship, and the Anugerah MENDAKI (MENDAKI Excellence Award) for being the top Malay tertiary student in Singapore. He is currently the First Deputy General Director at BIDV Tower JVC and Senior Project Manager at Guthrie. He has worked at Napier Properties and Far East Organisation. ‘8 Napier’, a luxury residential property development project which he directed while at Napier, received the BCA Construction Excellence Award (2012).

Jeffrey captures the essence of heritage and historical landmarks with ink and acrylic on canvas. Fondly called “Building whisperer” by his collectors, he has had three solo shows and exhibited in Singapore, Malaysia, Indonesia, Hong Kong, Korea and Vietnam. His works can be found in the collections of government ministries, organisations and private individuals. He received the Merit Award at the Singapore Tourism Board’s Saces Sculptor Competition (1980) and the Third prize (Seniors) at the Takashimaya National Student Painting Competition (1992). He also won the Best of Show Award at SeniKita by Kamal Arts Gallery in Wisma Geylang Serai (2020).

Jeffrey was the Executive Consultant for "Konsert Gurindam Jiwa", commissoned by National Arts Council for Silver Arts 2018, where he performed a saxophone solo alongside a 70-strong Angklung orchestra during this tribute concert to his late father Wandly Yazid—an accomplished music composer, arranger and musician in the 60s and 70s. 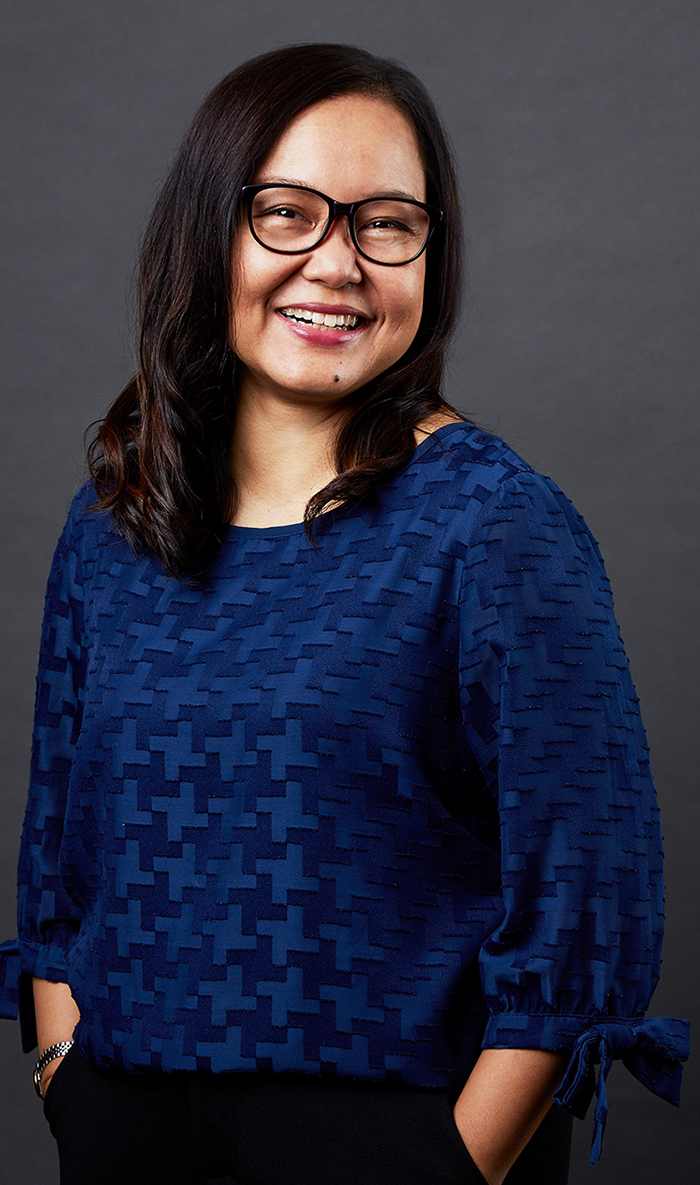 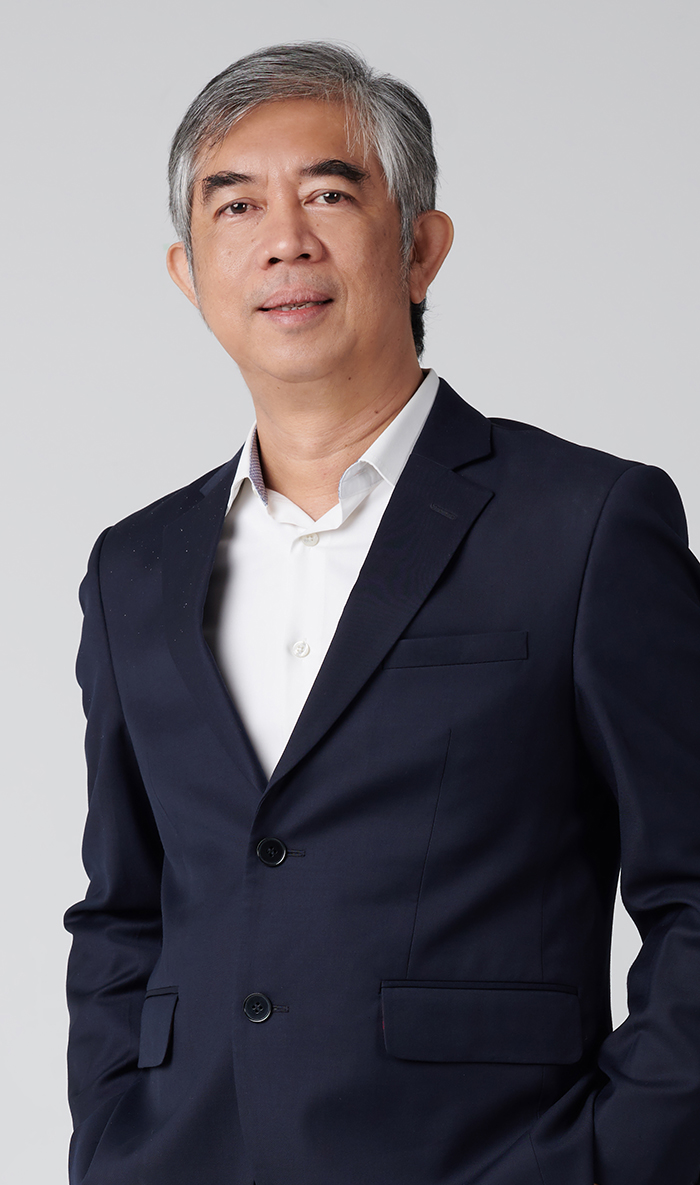 Paid a visit to Maya Gallery's new space at Genting Lane run by husband-and-wife team of Masturah Sha'ari and artist Jeffrey Wandly. Unlike the rarefied atmosphere of a typical gallery, this gallery has a warm and welcoming feel. Besides a reading corner, it also carries books on Malay history and heritage in Singapore that you can purchase as well as artisanal products like a pin-hole camera. The exhibition that inaugurates its new space and currently showing is "Reflection", featuring the works of batik painting master Sarkasi Said and UOB winner Valerie Ng, among others. Happy to be an owner of one of Wandly's works that features his unique brush techniques.

I am impressed – the size, white space and settings remind me of art galleries I had visited in New York, Vancouver and Montreal.
- Aziza Ali