Graduated with a Bachelor (Hons) of Fine Art from UiTM Shah Alam (2009), Syafiq Hariz is a multidisciplinary artist and illustrator, working in both the fine art world and the commercial sphere. Syafiq started to get involved with art exhibitions since 2007. He works in acrylic, watercolour, pen & ink and digital illustration on mostly 2D surfaces like canvas. His most trusted medium is acrylic and digital illustration, which he uses exhaustively to describe an ever-expanding world of technology, mixing with nature, and misfits. Thoughts and ideas behind many of his illustrations are taken from the shady characters in everyday life in his society and how they expose and behave themselves in social media. His work is frenetic and chaotic, with tones of colour influenced by infomercials, cartoons, sweets and the over-consumption of popular culture.

‘Back to Back’ is a character adapted from the Malay proverb, Bagai ketam mengajar anak berjalan (Like a crab instructing its offspring to walk properly). There's no use in advising others, when you yourself is in situation that does not follow what was advised (by yourself). What this proverb shows is that, it is impossible to teach or require others to set a good example when the leader him(her)self performs badly, and as a leader, they must practice what they preach prior to asking the followers to do the same thing.

‘The Apprentice’ is adapted from the Malay proverb, Bagaimana acuan, begitulah kuihnya (How the mould is, that’s how the cake turns out). This often happens in my society, even in a small family or any organisation. As an observer, I see some groups of people in my society are too obvious to stand for something wrong, but in the name of loyal to the ruling head, anything turns to be right. 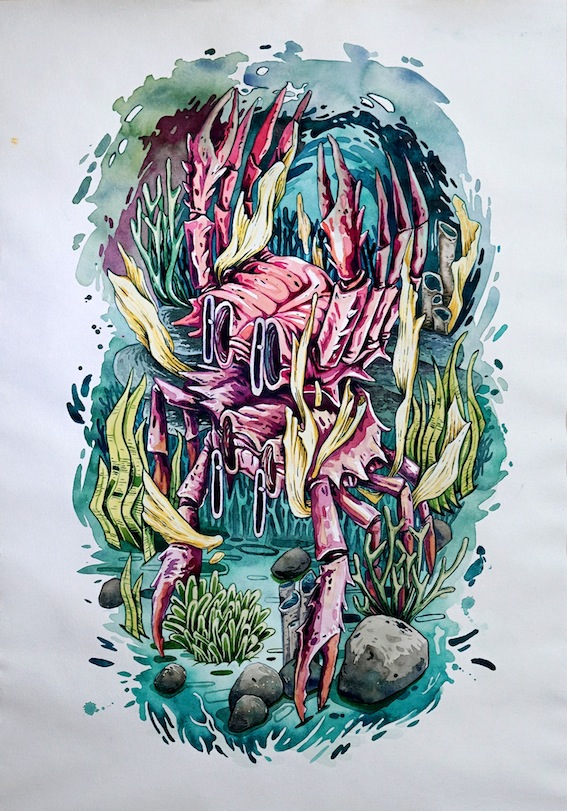