Idris Mohamed Ali is one of Singapore’s most senior Malay artists. For more than 50 years, Idris has captured Singapore’s landscapes in colourful watercolours, and exhibited at numerous group exhibitions, including three successful solo shows. His works can be found in the collections of the National Gallery Singapore, National Heritage Board, Ministry of Foreign Affairs and various government agencies in Singapore and Malaysia, as well as private organisations and individuals. A member of the Angkatan Pelukis Aneka Daya or APAD (Association of Artists of Various Resources), Idris has taught many young students under its Tunas (Budding) programme, as well as mentored art teachers. Idris is a recipient of the inaugural Hadiah Warisan (Heritage Prize) by Malay Heritage Foundation (2021) and two awards by APAD—Pingat APAD (1974) and Cipta Mekar (1990). He has also illustrated various award-winning publications.

Born in 1944 in Singapore and raised in Kampong Wak Tanjong, Idris bin Mohamed Ali started painting at the age of 10. As he could not afford formal art training, he had a brief tutelage under early Malay artists S. Mahdar, Mas Ali Sabran and S. Mohdir. He mainly learnt from books, observation and practice, and took advice from the more established artists at the Angkatan Pelukis Aneka Daya (APAD), in which he has been a member since its formation in 1962. At 18, he was one of the youngest participants in his first group exhibition, organised by APAD in collaboration with Lembaga Tetap Kongres, at the Victoria Memorial Hall in 1963.

Since then, he has participated in more than 80 group exhibitions in Singapore, Malaysia and Indonesia. His first solo exhibition, Water Strokes of Idris (1999) was organised by APAD. Currently represented by Maya Gallery, a home-grown local artist-run gallery owned by Jeffrey Wandly and his wife Masturah Sha’ari, Idris had two solo shows under its wing: Singapura Chantek: Five decades of Painting Singapore (2013), and Khazanah: Treasure (2017). He participated in an art residency in Bali, organised by Maya Gallery, culminating in a group exhibition, The Journey (2013), with other Singaporean and Balinese artists. He also had a duo show, Soul Vistas: An Introspective Journey through our City, (2017), together with Jeffrey Wandly, presented by Maya Gallery and held at The Fullerton.

Specialising in watercolour, Idris painted Singapore’s street scenes and landscapes on-site for many years, often choosing those places off the beaten track. Despite being mostly self-taught, his natural responses to the beauty of buildings and places have attracted many collectors. Apart from urban scenes, he has painted portraits; he was once commissioned to do a portrait painting of Singapore’s former President, Mr and Mrs Wee Kim Wee.

With a natural talent for drawing, Idris embarked on a career as a visualiser and illustrator in the advertising industry for 20 years, including being part of a few successful campaigns while working for ACE Advertising and Ted Bates Singapore. He was an art teacher for young children at APAD’s Tunas classes from 1964 to the 80s, and has taught students at secondary schools, led artist workshops at Maya Gallery, and mentored art teachers.

Idris is also an accomplished illustrator, having illustrated various notable publications such as Birds Seen at the Istana, the award-winning The Mango Tree and Leluhur: Singapore’s Kampong Glam, winner of the 2021 NUS Singapore History Prize. 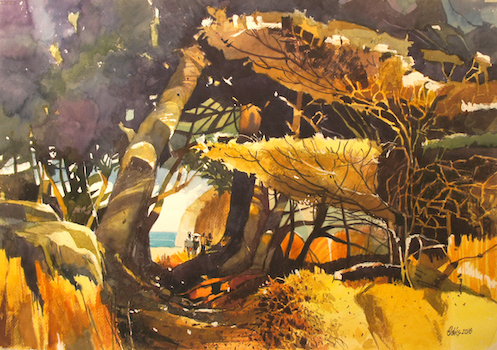 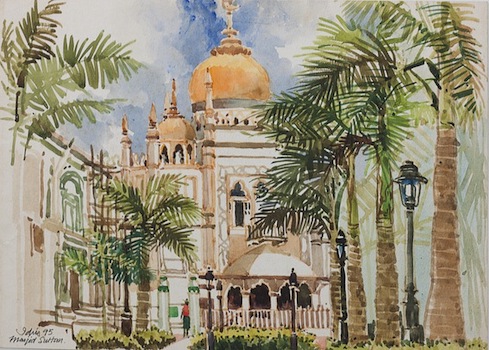 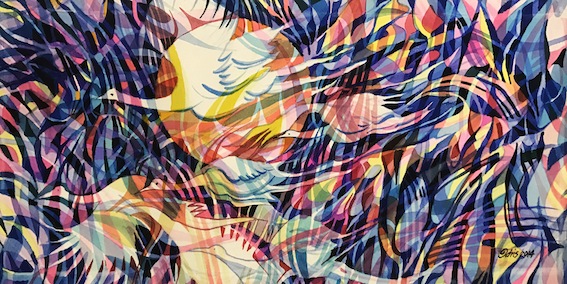 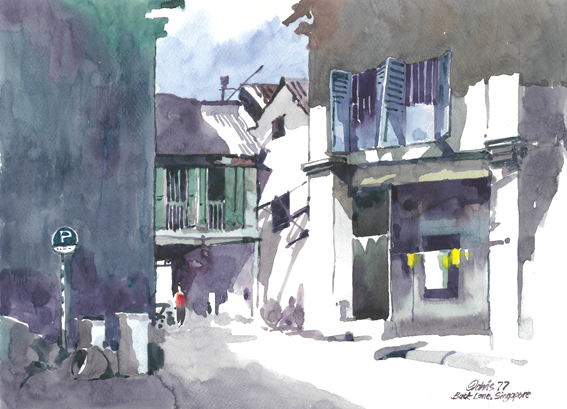 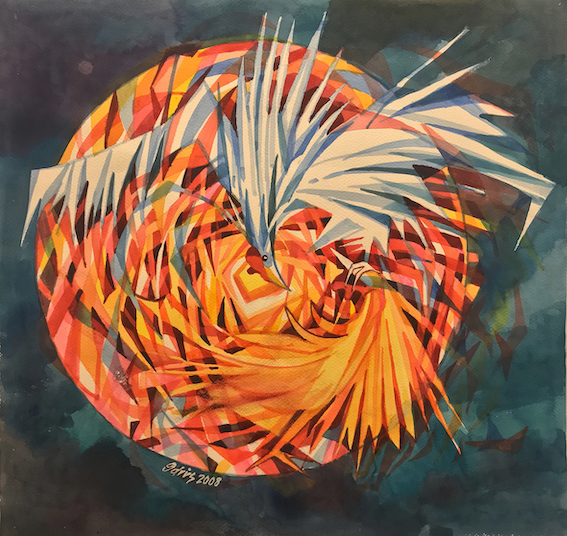 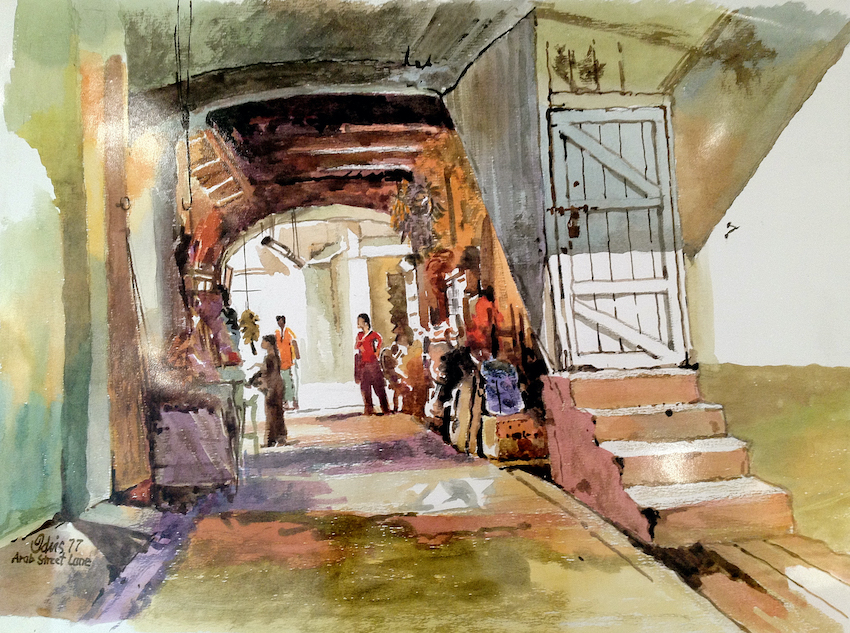 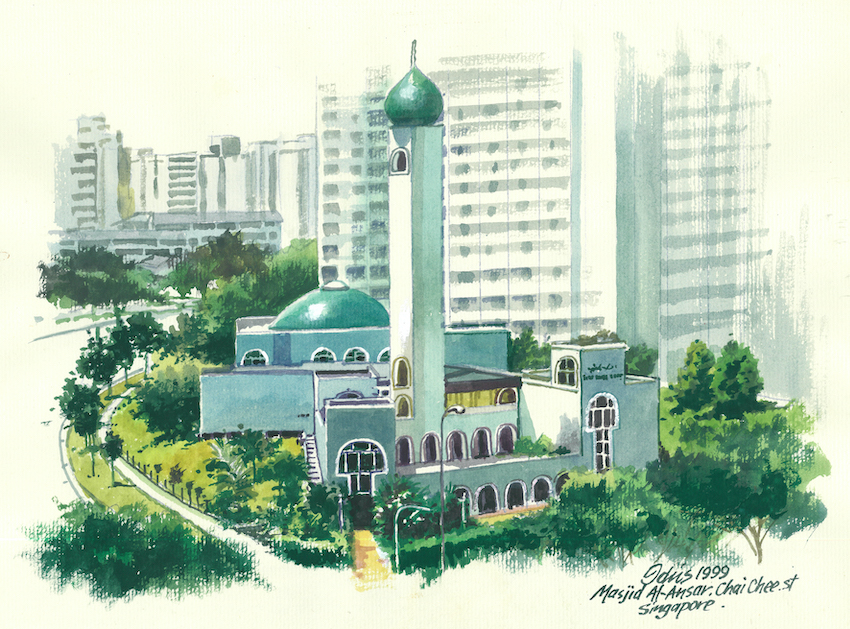 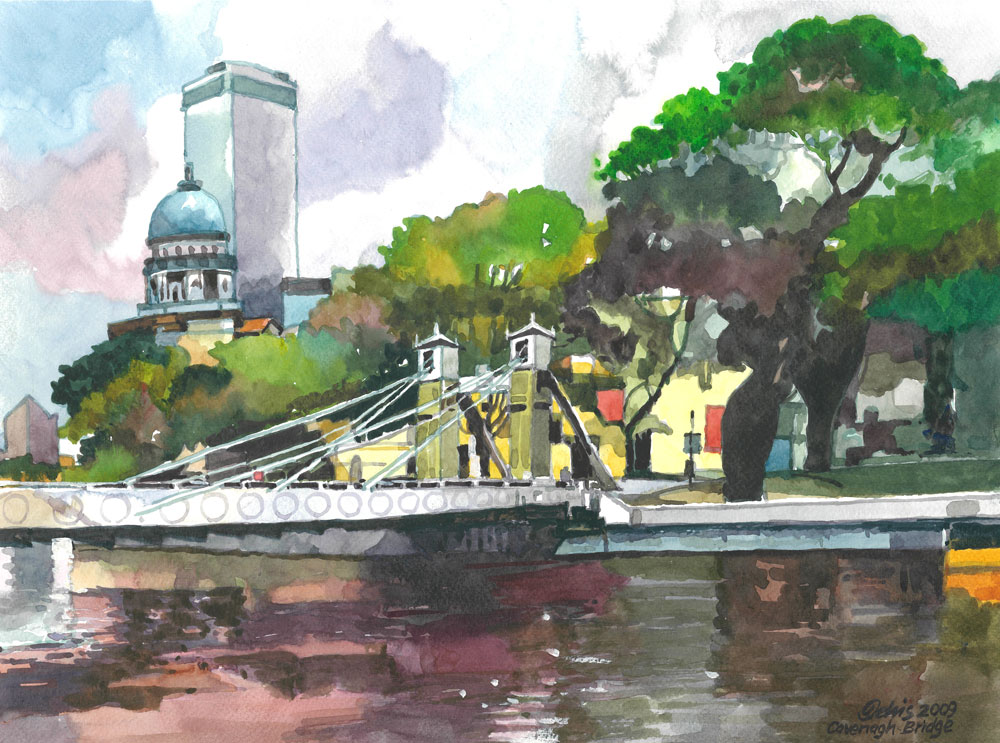 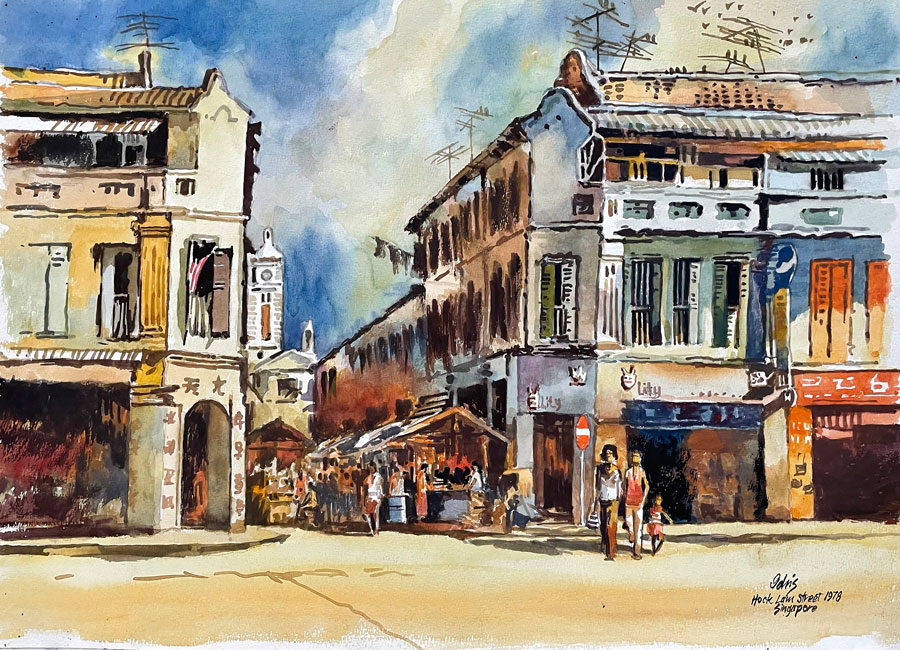 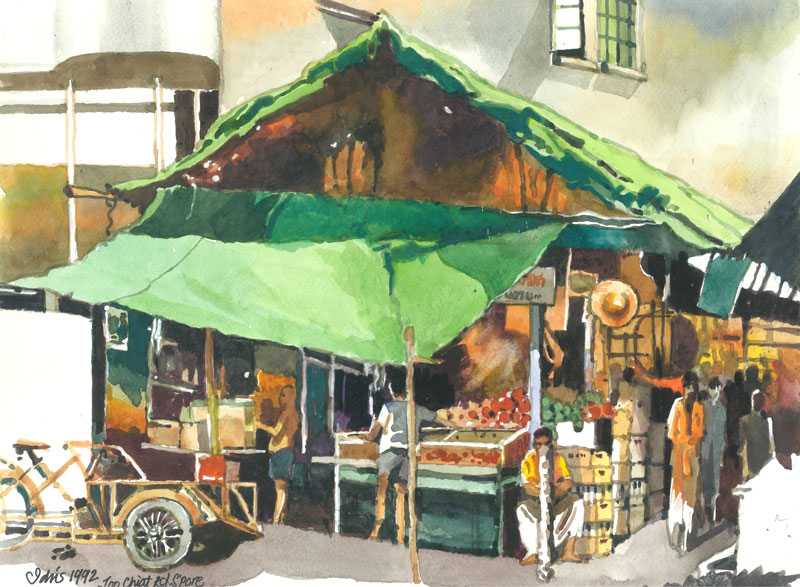