January 20, 2015 - January 31, 2015
They are uniquely Singaporean.
These ceramic works by Singaporean and Singapore-based potters at the Tribute to Local Clay – A Pottery Exhibition to be held at Immagini Art Gallery at 59A Joo Chiat Place from January 20 – 31, 2015, feature varying styles and different themes or sources of inspiration but sharing a common purpose of using local clay from different parts of Singapore including Jalan Bahar and Seletar.
Organised by Maya Gallery, the exhibition, which will display more than 100 pottery works, is about reliving the practice of local clay by craftsmen at the dragon kilns for the production of their pottery in the individual pottery practices of the potters.
For instance, the works by Singapore potter, Hazel Ng, 46, are inspired by nature and her travels to different countries, while those by Hetty Lie Schricke, 62, a Singapore Permanent Resident married to a French national, have a Peranakan touch, such as featuring a nyonya’s attire or a dish suggesting a nyonya’s kitchen or cupboard, to express her Peranakan roots.
On the other hand, Singapore Malay potter Suriani Suratman, 55, create conical-shaped works inspired by the tudung saji, the traditional Malay food cover, found in traditional Malay homes, which are usually woven from bamboo or pine leaves.
They are among five potters – four  females and a male – trained by renowned Singapore potter and Cultural Medallion recipient Mr Iskandar Jalil, taking part in a ceramic exhibition, the other two potters being Hiroko Mita, 43, a Singapore Permanent Resident of Japanese ancestry, and Singapore potter Sutopo Ngasiman, 39, the only male in the group.
Mr Iskandar has also been invited by the founders of Maya Gallery – Malay couple Masturah Shaari and her husband Jeffrey Wandly – to showcase some of his works as a guest artist.
Based at the Jalan Bahar Clay Studios at CleanTech Park, within which the Guan Huat Dragon Kiln, the site of pottery production from the 1950s, is located, the five potters experiment with local clays and other clays to relive a practice in pottery making from Singapore’s past. They explore the characteristics of local and other clays, combining them with their own styles and techniques, presenting various uses of clay in making contemporary pottery works.
Nature-inspired potter Ng imprinted the fishtail palm on her clayworks using the fluting method after discovering the palm outside her new studio early this year. She used clay found around the Jalan Bahar Clay Studios as the slips or outer layer of her work.
Hetty was introduced to local pottery works when she was working as a docent at the Singapore Art Museum and developed her passion for clay from 2006 onwards thanks to Mr Iskandar.
She was drawn to work with local clay to define her Peranakan Singaporean identity, hunting for clay in construction sites in Seletar and Jalan Bahar for her Peranakan series. Later, she prepares, studies and selects the appropriate clay to use as a major clay material, outer layer or glazes.
Suriani‘s current works are inspired by her Malay roots. For her tudung saji (Malay food cover) series, she started with the cone, making varying conical shapes of different sizes. These evolved to gasing (spinning top) by joining together two cones. Giving them their uniqueness she applies slips made from clay found around her studio and creating her own glazes using for example ash from the firing of Guan Huat dragon at Jalan Bahar Clay Studios.
Hiroko’s works feature her line series inspired by the harmony in diversity theme.  She twists the slip or outer layer and clay into harmonious creations. The intricate lines of her works symbolise the individuals or organisations creating a new shape in unity. She uses local clay as slips as well as an ingredient in her recipe glazes.
Sutopo seeks functionality whilst working with clay, and has found it in small lidded pots. He finds it easier to express himself in small vessels.
“Part of my feelings go to the creation of each pot as the form and design follows the mood of that day and with a lid to wrap things up,” he explains.
He makes vessels from or incorporating them with local clay and wood fire with local recycled wood. 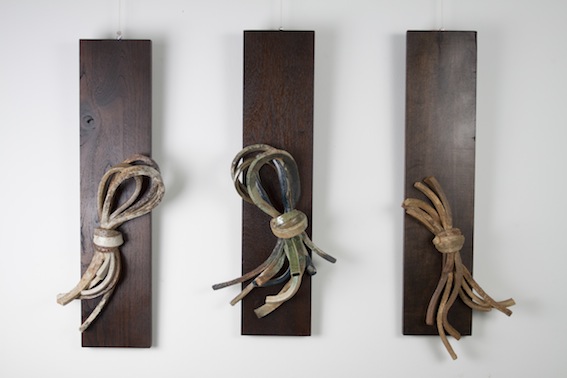 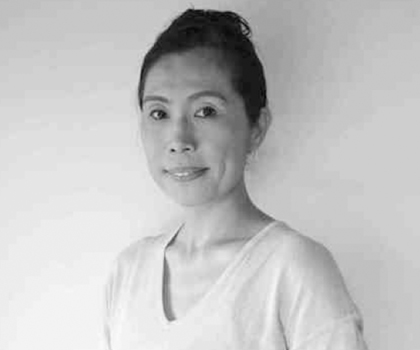